Three is certainly a magic number.

SpaceX landed three of its Falcon Heavy rocket boosters for the first time on Thursday, as part of a mission which was delayed from the day before due to bad weather.

The Falcon Heavy launched from NASA’s Kennedy Space Center at 6:35 p.m. EDT, carrying the Arabsat-6A communications satellite in its payload.

Then, at around nine minutes after takeoff, the core booster landed on the “Of Course I Still Love You” droneship, which is stationed in the Atlantic Ocean.

Last year, SpaceX was able to land two of the Falcon Heavy’s boosters, with the third one crashing into the ocean at 300 miles per hour.

You can catch the moment the side boosters begin to land from the 26 minute mark in SpaceX’s live stream video, while the core booster lands at the 29 minute mark.

Make sure you don’t miss the rapturous applause from SpaceX’s mission control.

Even cooler are the videos from spectators who watched the boosters land almost simultaneously at Cape Canaveral. We certainly wish we were there.

At 34 minutes after takeoff, the Arabsat-6A satellite was deployed to orbit in what was the Falcon Heavy’s first commercial mission.

The satellite aims to provide communications to people in the Middle East, Africa, and Europe. 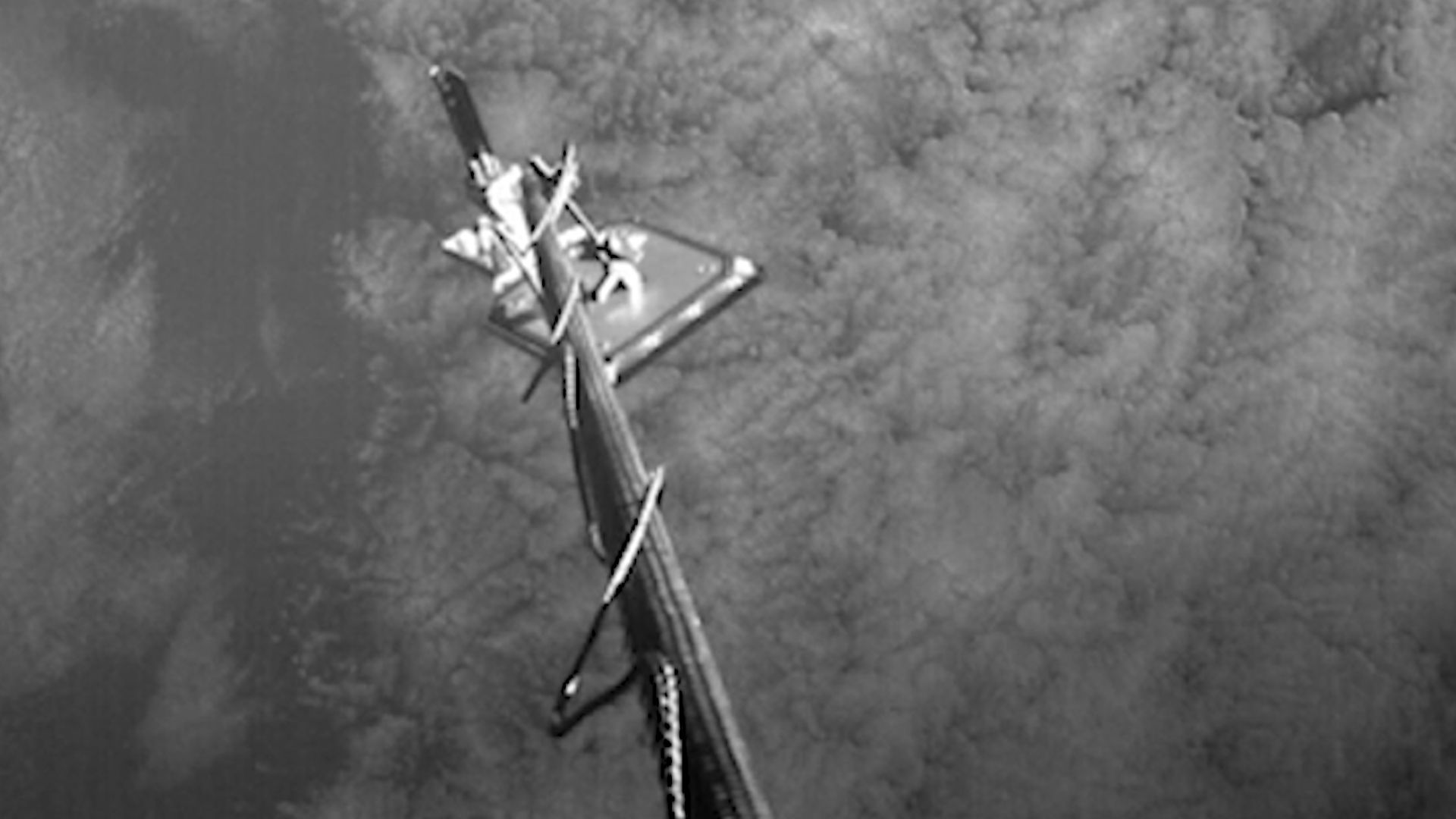