Heading into Season 8 of Game of Thrones, every fan has their favorite theories on what will happen, when, and to whom. Can Cersei take the Iron Throne? Will Arya finish off her kill list? Does Bran hold the key to ending The Long Night? The list goes on.

Of course, HBO is keeping a tight lid on the final secrets of Thrones‘ epic saga — and only time will tell which fan predictions, if any, are correct.

But there’s more to be learned from this song of fire and ice than who survives and who perishes. How you picture the ending of Game of Thrones says a lot about how you see the real world and the real people in it.

So, let’s take a look at some of the top theories floating around the fandom and what your favorites say about you. Enjoy!

Bran is the Night King

Brandon Stark has been cagey about what being the Three-Eyed Raven actually means, but the original tree dude teamed up with the Children of the Forest and seemed to be fighting against the Night King. This theory outlines that Bran will try to use his Raven powers to go back in time and stop the Night King from being created but will instead get trapped inside the mind of the man the Children of the Forest eventually transformed into his Icy Highness.

At that point, Bran would be obligated not to interrupt the flow of time and would have been acting as the Night King for the duration of Game of Thrones, perhaps lying in wait for a last-minute feint that would destroy the King and himself once and for all.

Loose ends and unresolved loops bother you more then they do other people, mainly because you have a straightforward mind that takes comfort in knowing that things make sense. The Night King as of now has no known motivations, which makes him an unsatisfying villain in your eyes.

Bran using his timey-wimey magic to become the Night King makes the most sense of the theories you’ve heard or some up with, and you always try to appeal to good sense. You’re the person other people go to to sort out their more complicated problems, just like you solved the mystery of Bran’s purpose on this show.

Tyrion is half Targaryen

The prophesied “three-headed dragon” needs three riders. Of course, we’ve got Daenerys Targaryen, but who will ride alongside her? This theory asserts that Tyrion Lannister is secretly half Targaryen, the son of King Aerys Targaryen and Joanna Lannister. Many would argue, it is also the greatest support for Tyrion’s claim to the Iron Throne.

While Tyrion has had a rough go of it in Westeros (and will almost undoubtedly meet a horrible end in Thrones’ final hours), you’re holding out hope that there’s a happy ending for him. You don’t share your theory with friends often, but when you do, you have a wealth of Thrones research to back you up. Long live King Tyrion — and your delightful optimism.

George RR Martin’s A Song of Ice and Fire books mention the legend of the Night’s Queen, a lady White Walker who ruled the lands above and below the wall alongside the Night King. The Night King in the book is different to the one in the show, but this theory hypothesizes that once Cersei realizes she can’t escape the coming war, she will ally with the Night King through marriage and become the queen of the White Walkers.

You’re all about keeping order.

Cersei becoming the Night Queen would certainly be a twist, but from her perspective it could be the only way she gets to remain in power as Game of Thrones comes to a close. You’re the kind of person who would do somewhat unorthodox things if it meant that you could maintain the status quo, especially if the status quo is already benefiting the people you care about.

Just as Cersei would do anything to protect her unborn child, you’re not afraid of taking calculated risks and almost always make the right call at the right time.

The “Jamie kills Cersei” theory is popular among book readers because of a line from the book that was omitted from the show. In the scene where a young Cersei has her fortune read, the woods witch Maggy prophesies that she will marry the king and have three children who will die, but adds in the book that Cersei will be killed by the “valonquar,” a Valyrian word meaning “little brother.”

Cersei has always interpreted valonquar to mean Tyrion, which is part of the reason she hates her younger brother so much, but people have noted that Jamie is technically a few minutes younger than his twin sister. Prophesies work weird in Westeros, so Cersei’s death at Jamie’s hand would wrap this one up nicely and ironically.

Honor and loyalty are more than just values to you, they’re how you live your life. Like Jamie, you’ve seen the consequences of duty and honor colliding and it’s probably one of the most stressful dilemmas you’ve ever come up against. You can always appeal to your better judgement, though, and take comfort in knowing that adhering to your moral code will usually point you in the right direction.

Arya’s been gunning to murder Cersei since the Lady Lannister had a hand in her dad’s beheading. Arya’s track record on crossing names off her murder list is pretty darn good, even if she’d made amendments to it as the show has gone on (shout out to Sandor for surviving her wrath).

Some people tie this theory into the “Jamie murders Cersei” theory and say that Arya will wear Jamie’s face while she kills the queen, while others thing she’ll do it as Arya, just so Cersei can know who’s really taking her down.

Justice matters to you, no matter how it’s dealt. An eye for an eye is more than a maxim; it’s how you live your life. It bothers you when things don’t feel fair and you’re often compelled to remark upon or change things that feel uneven in your life, but only because you have a very strong sense of what’s right and what’s deserved.

Sam writes A Song of Ice and Fire

Subscribers to this theory believe that a scene in Season 7, Episode 2 reveals Sam Tarly to be the fictional author behind George R. R. Martin’s “A Song of Ice and Fire,” making the books a historic account of the events of Game of Thrones told from Sam’s perspective.

Unlike other Thrones fans, you’re not focused on the gruesome ins-and-outs of the Battle for the Throne. You’re focusing on what the show’s many events as well as the looming fight against the White Walkers mean for the history of Martin’s universe, and where the story can and can’t go from here. Rather than getting in the weeds of who is going to win what, you’re focusing on tangible facts and their bigger implications.

But let’s not mistake your fact-mindedness as boring. Quite the contrary. Your ability to see the meta side of Thrones is reflective of your intuitive, detail-oriented nature. When it comes time to talk theories, you’re the one with real answers and not flimsy guesses.

This dark theory predicts that long-time Thrones hero Daenerys Targaryen will follow in the steps of her ruthless father King Aerys Targaryen, and become Westeros’s first Mad Queen. Although such a possibility was at one point unthinkable, Dany’s troubling behavior in Season 7 adds major credence to this heartbreaking prediction.

You love Dany, but you’re realistic about where her many questionable choices could land her in the series finale.

As you picture the ending of Season 8, you can only imagine the lengths Dany will go to to get what she wants — and it’s not pretty. You admire her ambition and can almost relate to it. But you’re smart enough to see the limitations of fighting fire with fire and are fully prepared for this terribly pessimistic end to the fire and ice saga. In fact, you think it’s fitting.

Sansa and Gendry get together

A suitable partner for Sansa Stark has long been absent from the Thrones landscape — but the surprise return of Gendry, the unacknowledged son of King Robert Baratheon, in Season 7 may mean romance is in the air for the eldest Stark sister.

There’s strong evidence Gendry and Sansa have been fated from the start, and Season 8 could finally bring them together.

You’re never short on imagination, particularly when it comes to romance.

Not only does the idea of Gendry and Sansa locking lips make you swoon, you also see a kind of cosmic justice in Sansa getting the happy ending she deserves. Since the very beginning of Thrones history, Sansa has wanted to be with a good man, and Gendry is unquestionably a good man.

That being said, you worry about the possibility of being let down by their love, and remain guarded about this theory’s limitations. You’re hopeful, but cautious in most aspects of life.

This theory predicts that no one will sit on the Iron Throne at the end of Season 8, the famed seat of swords having been melted down by Dany’s dragons in the final battle against the White Walkers.

You’re not the average theorizer. Your predictions are specific, layered, and creative.

You’re practical enough to believe Dany will at least make it close to Thrones’ final moments, but confident that the meaning of the Iron Throne will have been substantially valued by the time credits roll. The melting throne theory is one of your favorite topics to drop into the middle of a Game of Thrones discussion. It’s bold and experimental, just like you. 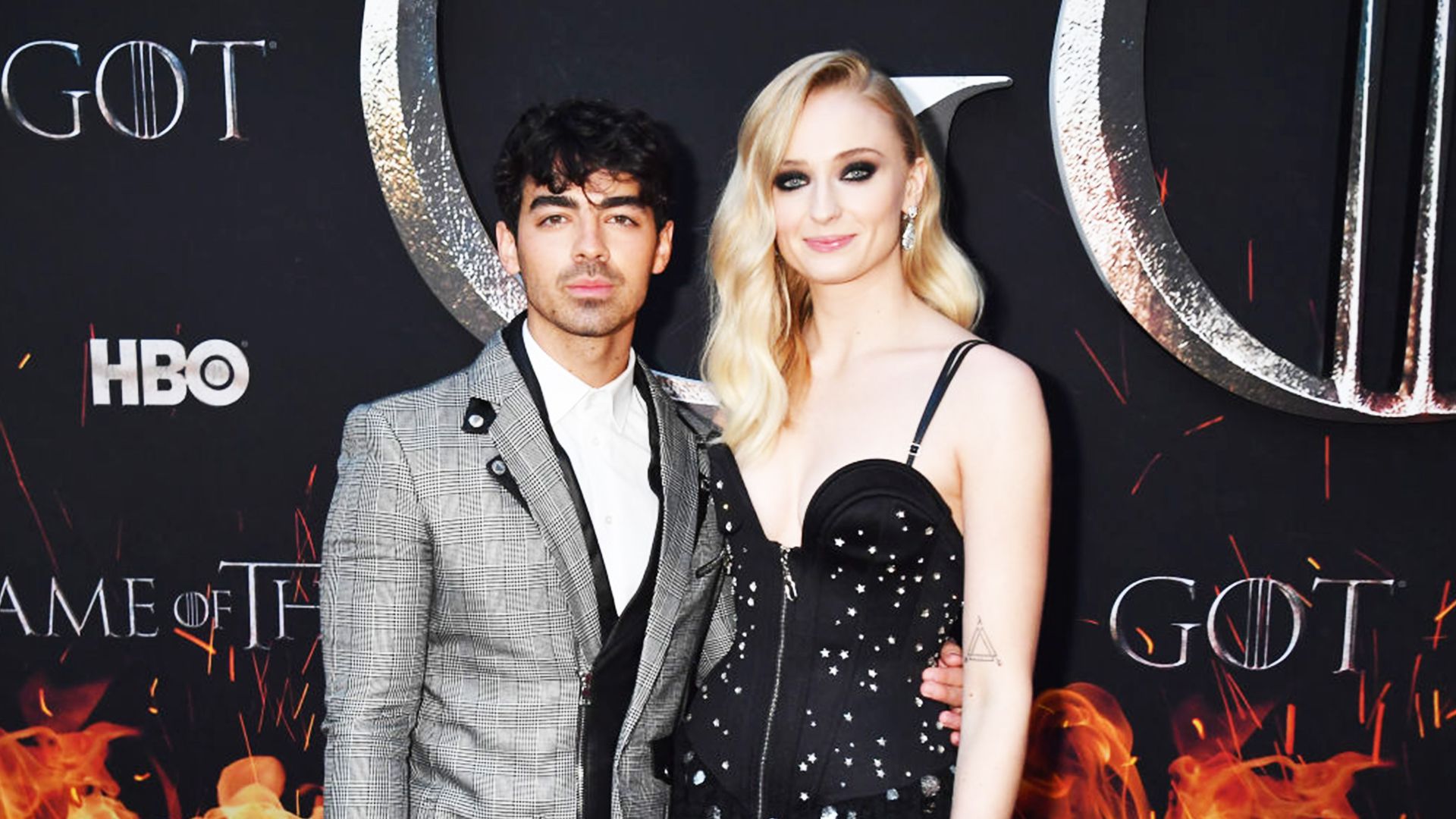