President Trump compared his age to Joe Biden’s. The former vice president responded shortly afterwards during his appearance on “The View.”
USA TODAY

Sure, Donald Trump said there were ‘fine people on both sides’ but in the next breath he condemned ‘neo-Nazis and White nationalists.’ Don’t leave that out.

On Thursday, former Vice President Joe Biden announced his run for the 2020 Democratic presidential nomination. He came out of the gate hard, citing the tragic August 2017 clash at Emancipation Park in Charlottesville between right- and left-wing demonstrators that left three dead and 38 injured. “That’s when we heard the words from the president of the United States that stunned the world and shocked the conscience of this nation,” Biden intoned, that there were “some very fine people on both sides.”  Biden said that Trump “assigned a moral equivalence between those spreading hate and those with the courage to stand against it,” and that in this moment Biden concluded “we are in a battle for the soul of the nation.”

Donald Trump pushed back just as hard, saying he “answered perfectly” to questions about the Charlottesville incident. This is certain to set off yet another round of hyperbolic virtue-signaling as commentators rush to condemn the president for what one historian called providing “cover for racist violence.”

Taken out of context, the “fine people” quote does look troubling, but Trump’s critics never tell the whole truth. The statement came from an August 15, 2017 press availability, in which the president was engaged in a spirited discussion with journalists over the broader implications of the Charlottesville street clash. Check the transcript.

“You had some very bad people in that group, but you also had people that were very fine people, on both sides. … I saw the same pictures as you did. You had people in that group that were there to protest the taking down of, to them, a very, very important statue and the renaming of a park from Robert E. Lee to another name. … So you know what, it’s fine. You’re changing history. You’re changing culture. And you had people — and I’m not talking about the neo-Nazis and the White nationalists, because they should be condemned totally — but you had many people in that group other than neo-Nazis and White nationalists. Okay? And the press has treated them absolutely unfairly. Now, in the other group also, you had some fine people. But you also had troublemakers, and you see them come with the black outfits and with the helmets and with the baseball bats. You had a lot of bad people in the other group.” 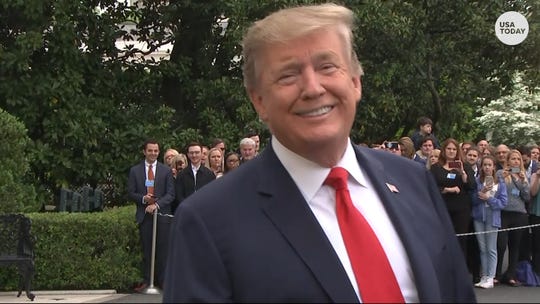 Trump’s condemnation of Neo-Nazis and White nationalists sparks widespread amnesia on the left.

His perspective condemning bad actors on “both sides” fits within a long American intellectual tradition of denouncing the radicalism of the right and left.

But to liberal critics, the issue was miscast as simply black and white, and it quickly became a tool to denounce the president and stoke racial divisions in this country. Democratic National Committee Deputy Chair Rep. Keith Ellison of Minnesota charged that President Trump had “greenlit” Charlottesville-style protests by the extreme right, and that the violent left-wing protestors more accurately reflected American values than the president.

CNN claimed the Charlottesville tragedy “could not have occurred without the tacit acceptance of millions of ordinary, law-abiding Americans who helped create such a racially explosive climate,” and that Trump voters were “white supremacists by default.”

But “ordinary, law-abiding Americans” were the very fine people Trump was talking about. They were those who wanted to have a reasoned debate over the issue of removing Confederate and other monuments, rather than taking violence to the streets.

Opinion polls at the time showed that Americans agreed by wide margins with President Trump’s stance that historical monuments should be left in place. An NPR/PBS NewsHour/Marist poll taken in the aftermath of the Charlottesville incident asked whether Confederate statues “should remain as a historical symbol or be removed because they’re offensive to some people.” Sixty-two percent said they should remain, while only twenty-seven percent said they should be removed. When broken down by party, 86 percent of Republicans, 61 percent of independents and a surprising 44 percent of Democrats said statues should stay. Only 47 percent of Democrats opted for removal.

Even more surprising was that a 44 percent plurality of African Americans favored keeping the statues, against 40 percent seeking removal. Two-thirds of whites and Latinos wanted the monuments to stay.  But the phony “very fine Nazis” narrative was irresistible to liberals and the media, and has remained so. It is now taken as truth by those too lazy, too bitter, or too delusional to check the record.

The broader “Trump is a Nazi” trope is intellectually insupportable. He never faced such criticism before he ran for president, and there is nothing in his background to give it weight.

His daughter, son in law and grandchildren are Orthodox Jews, and the Orthodox community is one of Trump’s strongest voting blocs. As president, he has moved the United States embassy to Jerusalem, recognized Israeli sovereignty over Golan, and sustains a long-time personal friendship with Prime Minister Benjamin Netanyahu. And just this month during a House hearing on “Hate Crimes and White Nationalism,” President of the Zionist Organization of America Morton Klein noted that “the media has really completely distorted the truth of (the Charlottesville) episode.”

For Joe Biden in particular, exploiting the Charlottesville myth is a way to head-off other racially-charged issues, like his Anita Hill problem, his 1994 crime bill problem, his school desegregation problem, and his simply being an old white guy problem.

But Democrats would do better to focus on countering the rising tide of antisemitism in their own ranks rather than repeating the false and defamatory Charlottesville narrative.

Otherwise they will be losing the votes of a lot of very fine people.

James S. Robbins, a member of USA TODAY’s Board of Contributors and author of “Erasing America: Losing Our Future by Destroying Our Past,” has taught at the National Defense University and the Marine Corps University and served as a special assistant in the office of the secretary of Defense in the George W. Bush administration. Follow him on Twitter: @James_Robbins